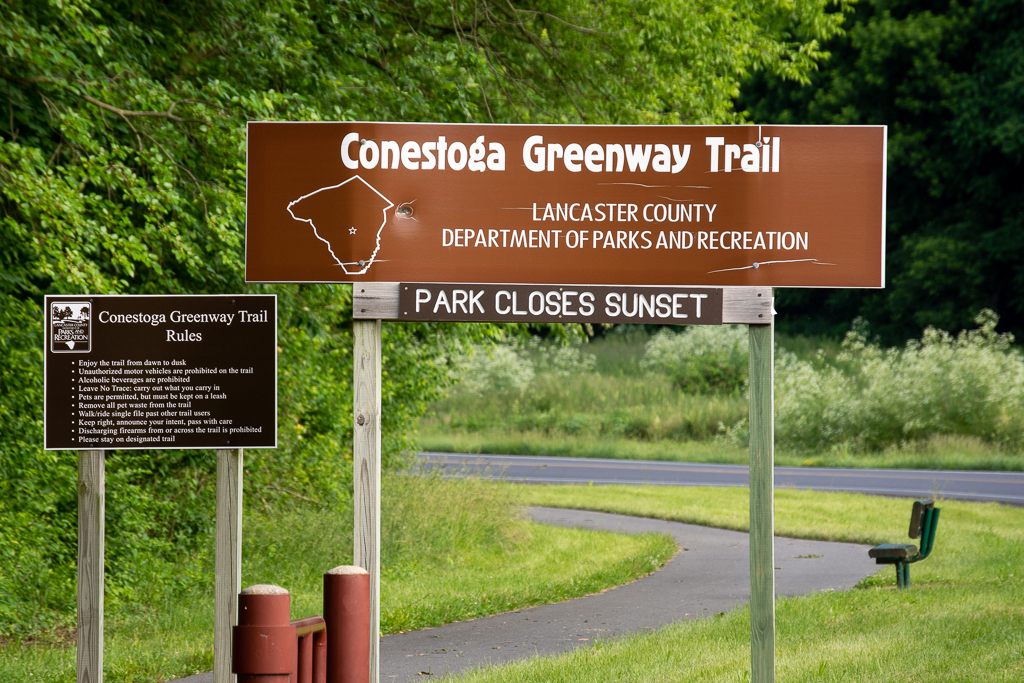 The Conestoga Greenway trail follows the loop of the river around the Sunnyside Peninsula. It runs from South Conestoga Drive on the East around and down to the South Duke Street bridge on the West. There is parking at both ends and in the middle just off South Broad Street. The entire length is paved and is approximately a mile long. The Greenway trail, which opened in 2010, is a great place for a morning jog or an evening stroll.

The late Earl F. Rebman had a vision for a greenway that converted the entire length of the waterway. A recreation area that would be for all people and for all time. This part of the vision was finally realized by the Lancaster County Conservancy and its

partners. Here is a link to the Lancaster County Parks page regarding the trail. https://www.co.lancaster.pa.us/267/Conestoga-Greenway-Trail