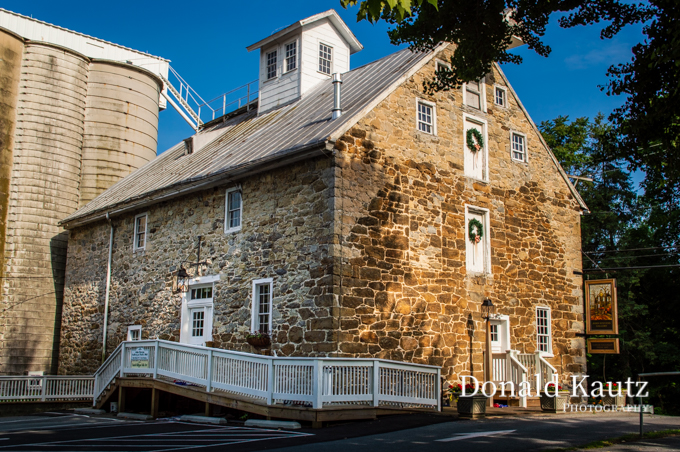 The mill was built in 1770 by James and Deborah Gibbons in the village of Bird-in-Hand along the old road to Philadelphia. Ownership passed to their daughter, Rachel, and her husband, William Daniel, in 1810. Daniel added the 3rd story, and then sold the mill to Henry Espenshade in 1829. In 1847 Henry Espenshade offered the mill for sale and he was followed as owner by Eby and M. P. Cooper before Amos Bushong purchased the mill in 1862. Amos Bushong owned the mill until 1899 when it was transferred to Isaac Bushong.

The mill is located at 2549 Old Philadelphia Pike, Bird in Hand, PA.