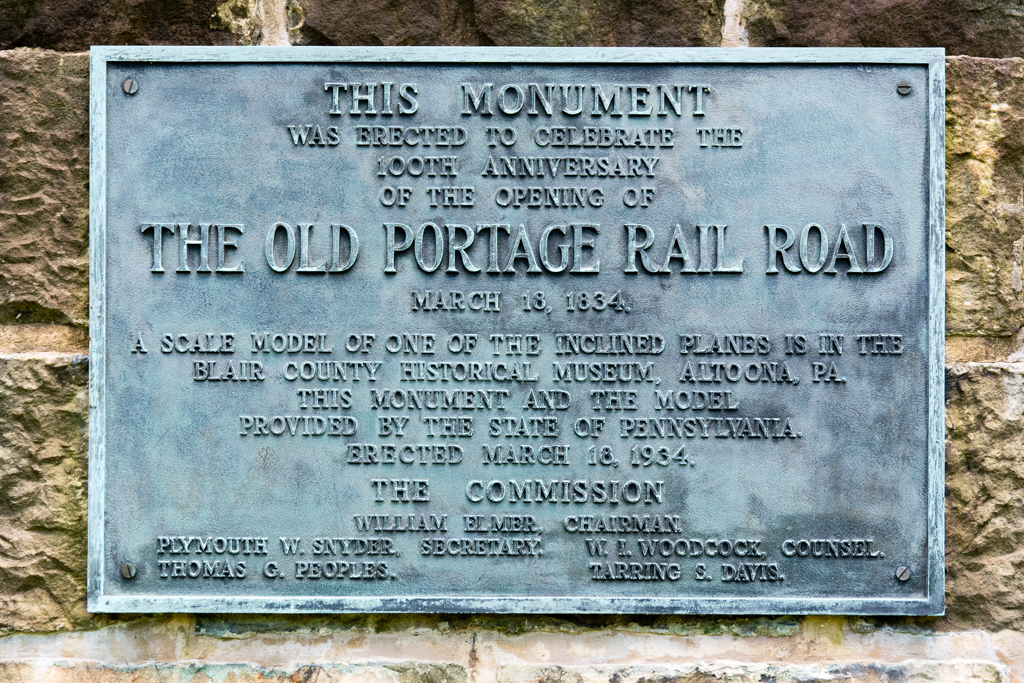 When the Erie Canal opened in 1825, linking New York to the Great Lakes, Pennsylvanians became concerned that their markets would be left behind. So Pennsylvania began building its own canal called the “Main Line of Public Works”. The Philadelphia and Columbia Railroad connected to port in Philadelphia to the Susquehanna River. The Eastern division of the canal followed the Susquehanna past Harrisburg to the Juniata River. From there the Juniata division carried the canal all the way to Holidaysburg. Meanwhile, the Western Division connected Pittsburgh with Johnstown. By 1831, both eastern and western routes were complete but they were separated by 36 miles of rough terrain and the 3,000-foot Allegheny Mountain.

The solution to this seemingly insurmountable barrier was to build the Allegheny Portage Railroad. The distance was divided into eleven levels. Transition from each level to the next was handled by ten steam-powered inclined planes. Each inclined plane employed a stationary steam engine which powered a continuous rope that would simultaneously pull a canal boat up the slope while lowering another one down on a parallel track.

The Allegheny Portage Railroad opened in 1834 which completed the last segment of the Pennsylvania Canal. Now it was possible to travel from Philadelphia to Pittsburgh in about four days, a big improvement from the 23 days it took by wagon on the turnpike. Many famous people traveled on the Portage Railroad including Charles Dickens, Harriet Beecher Stowe, and Ulysses S. Grant. Even more not so famous people also traveled on this route.