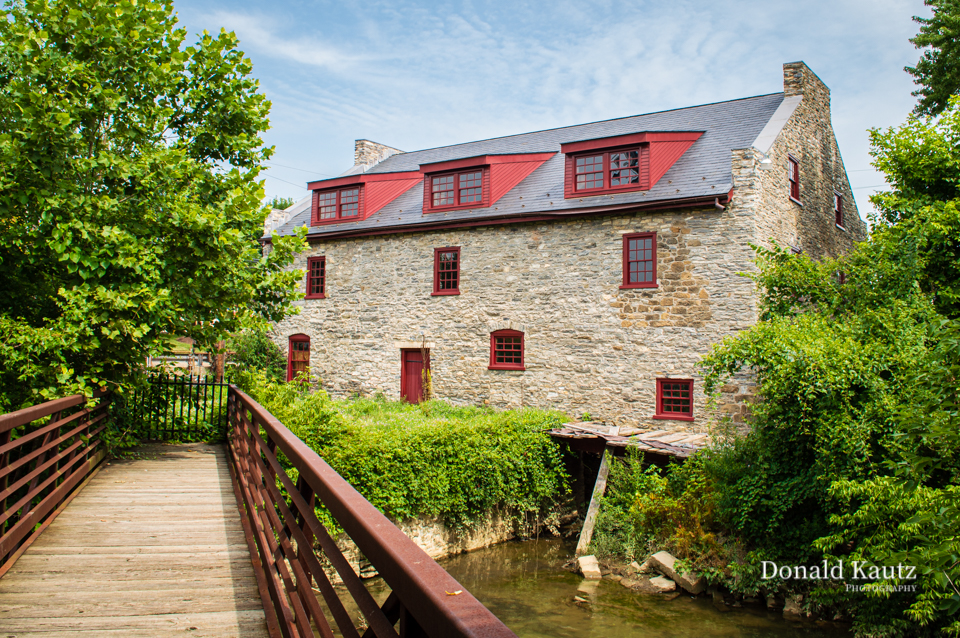 Welcome to Mill Monday! Each Monday morning, I will feature a water-powered grist mill located in Lancaster County, Pennsylvania. Today’s featured mill is the Maple Grove, aka Abbeville Mill in Manor township.

In 1717, one year before the death of William Penn and two years before the Hans Herr House was built, Hans Brubaker and his wife Anna built a log grist and sawmill along the Little Conestoga Creek. Twelve years later, in 1729, Hans and Anna sold the property to Christian Stoneman for 160 British pounds. Stoneman operated the mill for twenty-six years until he died, and the mill became the property of Johannes (John) Stoner. Ownership transferred down through the Stoner family until the mill was destroyed by fire in 1767. Johannes and Barbara Steiner (Stoner) rebuilt the mill out of stone. The Steiners also built the Abbyville mansion near to the mill at which time the mill was known as the Abbeville mill.

Sometime after 1826, the mill became the property of J. S. Graybill. In 1857 the mill was operated by Jacob. S. Kauffman. On October 28, 1861, Jacob Kauffman listed a tract of land that included the mill, and a tavern called the “Jefferson Hotel” for public sale in the Lancaster Examiner. The sale bill claimed the mill was recently rebuilt and the machinery was new. Water for the mill came from a four-foot dam on the Little Conestoga Creek and was channeled to the mill through a 100-foot headrace. The mill was powered by three turbines and could process 10 barrels of flour per day. The water returned to the creek in a twenty-five-foot tailrace.

In 1875 the mill was operated by Samuel Binkley, and in 1899, Aaron Summy opened the West End Park on the property. Mr. Summy planted many Silver Maple trees on the property earning it the name “Maple Grove”. In 1912, Ralph Coho converted the Maple Grove Park into an amusement park including a roller rink, a large swimming pool and even a roller coaster. The mill was used at various times as a dance hall and a bath house. Maple Grove Park was a popular entertainment spot as trolleys carried people to and from the city. The amusement park was sold in the 1950s. The mill, pool and surrounding land were sold to Christ and Elaine Hampilos in 1978. They in turn sold the property to Lanecor Associates in 1987 who closed the pool and built the Stone Mill Plaza Shopping Center.

In 2001, Ecklin Development Corporation bought the mill from the county for $1.00. Ecklin planned to renovate the mill for offices and retail shops, but on Thanksgiving morning of 2005, the mill caught fire and was gutted. Restoration work began in 2008 and continued sporadically over the next several years. Today, the restored mill stands vacant, waiting for its next adventure.

More information about this mill can be found on this website here: Maple Grove Mill.