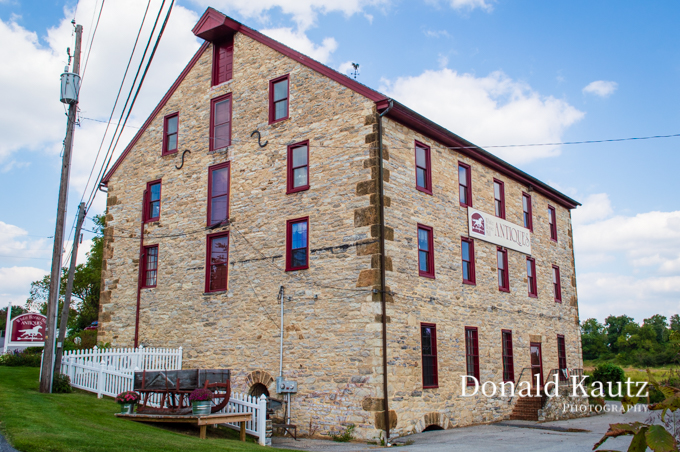 Welcome to Mill Monday! It’s time to feature another one of Lancaster County Pennsylvania’s water-powered grist mills. This week features the White Horse mill also known as Henderson’s or Stauffer’s mill. This mill is located on the White Horse Run in Salisbury Township.

The current mill was built in 1832 by Thomas G. Henderson. In 1875, Henderson sold the mill to Reuben Martin. Martin offered the mill for sale on October 30, 1880. The advertisement described the mill as follows: “The mill is a four-story stone structure, admirably built of the best material. It has two pair of new wheat burrs and one chopping burr, driven by an overshot wheel seventeen and a half feet high, under a twenty-foot fall. The mill has an excellent custom and retail trade, and is convenient to railroad, being but four miles from Gap Station on the Pennsylvania Railroad. A cider press connected with the mill, run by waterpower, made during the present season, prior to September 25, 500 barrels of cider. The waterpower is first class.” – The Semi-Weekly New Era, October 2, 1880.

John Stauffer became the next owner. The water source for this mill was a seven-foot dam on the White Horse Run. A 200-foot headrace brought the water to the mill which was powered by an overshot wheel. A 50-foot tailrace completed the circuit. The mill could process eight barrels per day. The Stauffer family continued to operate the mill until about 1969.