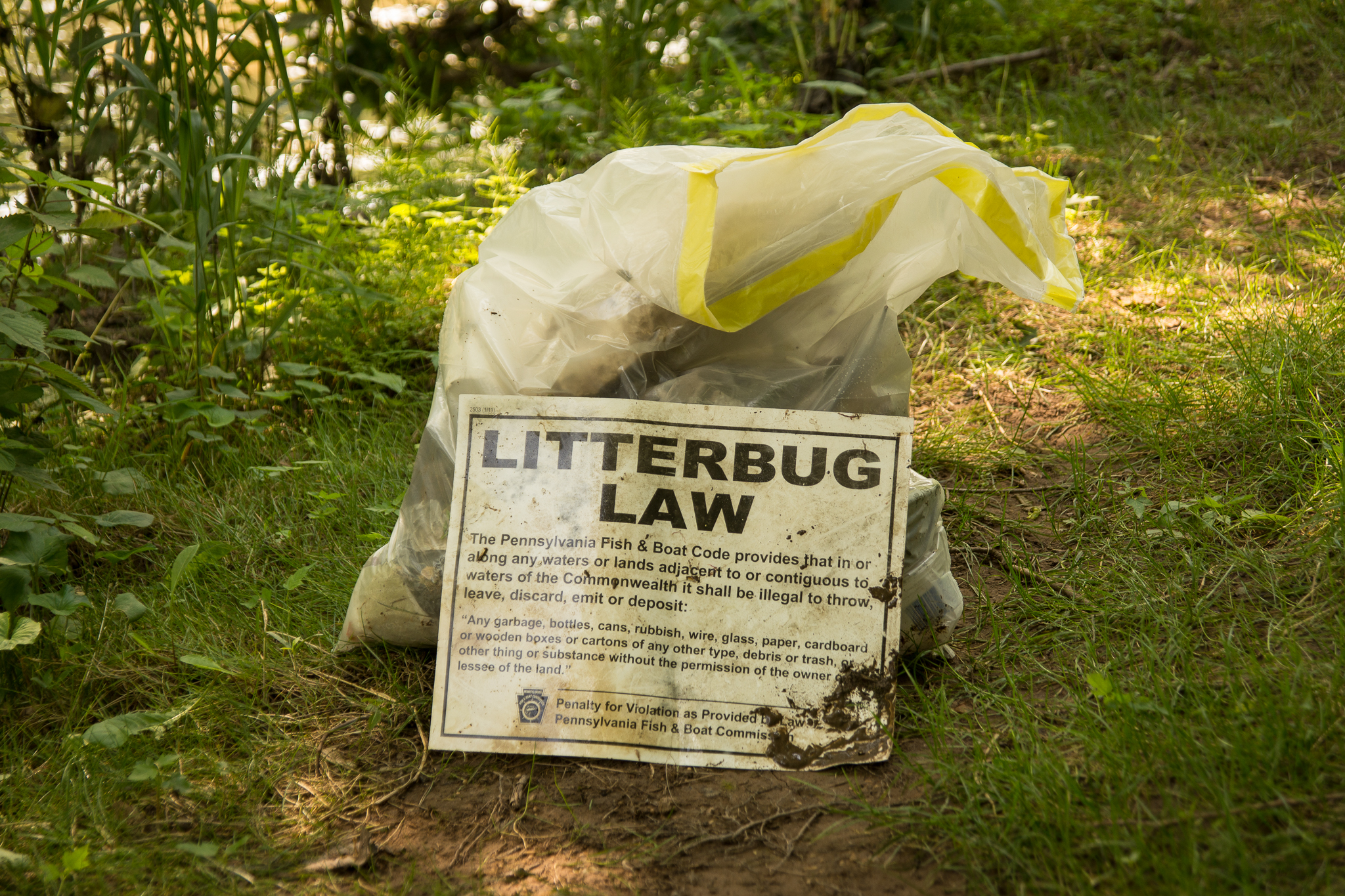 I’m writing this blog to show the beauty and history of the Conestoga River waterway. But sometimes, in order to appreciate the beauty you have to be honest about the ugly. So with this post illuminate a serious threat that the river faces.

What is the threat I’m talking about? Trash!

It seems that many people view the river of some sort of garbage disposal system. People dump all sorts of garbage and refuse along the river banks. Everything from microwaves to mattresses but especially tires.

This is not a new problem. For centuries, people have been throwing refuse into the river. I’m told that at the places where there is, or had been, a bridge crossing the river, the riverbed is covered in glass bottles. Back in the day it was common to throw your used glass bottles off the bridge as you cross. These days, it seems that plastic is everywhere. And as the population increases the problem just seems to get worse. Some of it is deliberate dumping of trash (did I mention tires?) along the waterway. Other sources is littering or overflowing garbage cans where the excess trash washes or blows into a stream or gully and ends up in the river.

There are other sources of pollution in the river as well. Runoff from farms, pesticides from people’s lawns, and sewage outflow from treatment plants all contribute to the problem. This is why most local municipalities are very strict with storm runoff issues when issuing construction permits. Another problem that is insidious because it is not visible is expired drugs that people flush down there toilets. These drugs are water soluble and therefore pass through the water treatment facilities. Perhaps more awareness of this issue will help to stem the tide (so to speak). We only hurt ourselves when we pollute the local waterways.

The Lancaster County Conservancy sponsors a river cleanup day every year. This year the cleanup took place on Saturday, June 9. Volunteers worked at seven different locations along the river. I was able to photograph three of them, Pitney Road behind Gilbert’s Automotive, North Conestoga Drive, and Reedy Lane on the Sunnyside peninsula. They picked up several dump truck loads of trash, mostly trash and the typical larger things like tire and mattresses. But at Reedy Lane then uncovered a very unique item, see below.

At the Pitney road location volunteers working in a gully that carries storm runoff into the river. On North Conestoga Drive a team picked up items that were dumped along the road as well as trash that washed down the river during recent rains.

At the Reedy Lane location workers picked up a large quantity of trash and debris. This location seems to be a favorite spot for illegal dumping. This also is apparently a place to dispose of evidence when you have committed a crime.

The Conestoga River is a priceless gem in our own backyards. Prior to the turn of the 20th century the river was clean and pure. People could get their drinking water from the stream. Ice was collected in the winter. Fish were plentiful. Things took a turn for the worse during WWI as the focus on the war effort took all priorities. By the middle of the 20th century, unchecked farming operations turned the river into a muddy mess and population growth in the county resulted in raw sewage being diverted directly into the river. Since then, major efforts have been put forth to clean up the river. Raw sewage no longer flows into the river. Farmers are making an effort to keep topsoil from washing into the river. No-till planting is being introduced in many places. Much has been done but there is still much to do. But as we begin to recognize and value this resource we will be able to work together to restore and preserve this natural resource and then scenes like the following will become commonplace.