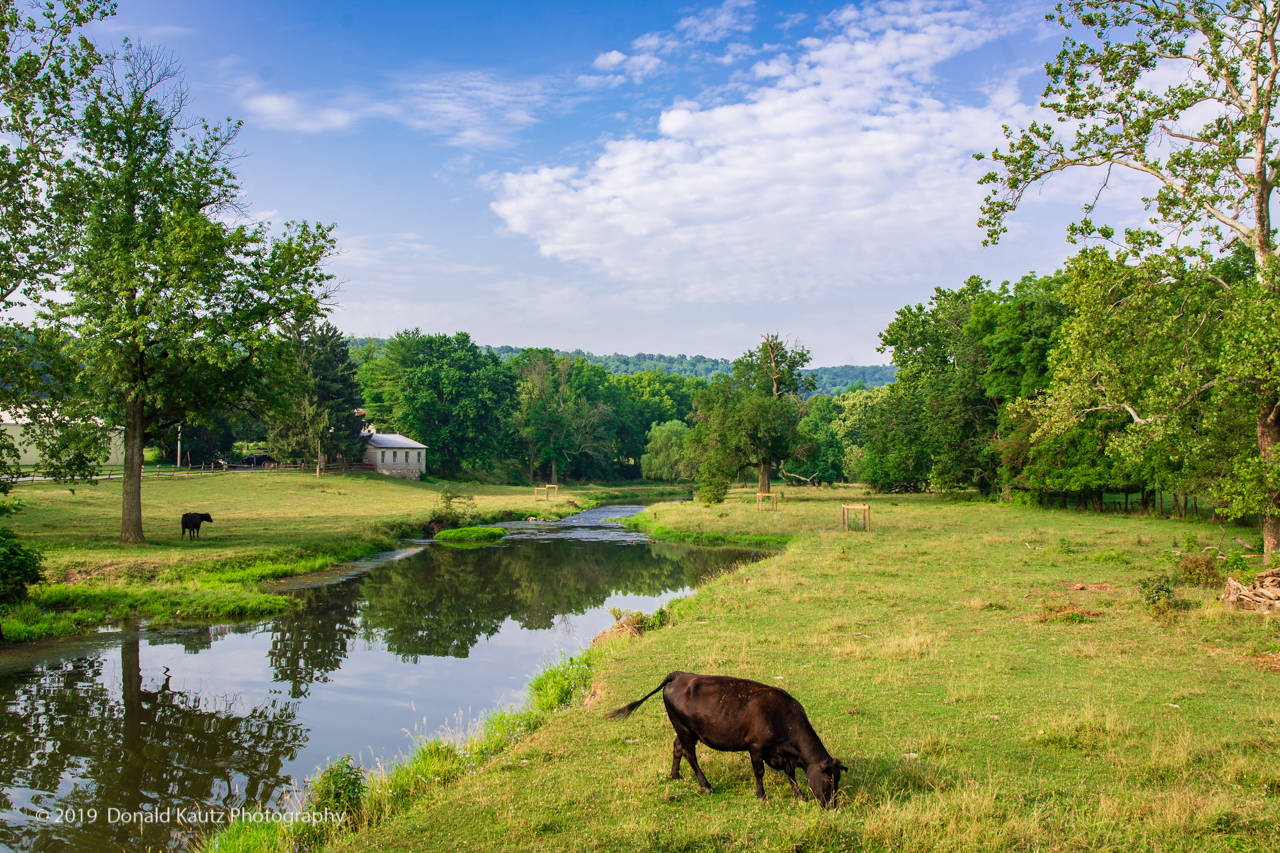 In this post I will look at some general information about the Conestoga River. Hopefully you will find this interesting.  The more time I spend photographing the river the more I come to realize that we have a tremendously beautiful natural resource right in our back yards. It is easy to ignore the river as we drive hastily over the bridges as we go about our business. And for too long we have neglected and abused this blessing. So the next time you travel over or near the Conestoga, take a moment to reflect on its tranquil beauty.

(The featured photo above was taken along Boot Jack Road not far from the headwaters of the Conestoga.)

Frank R. Diffenderfer, Associate Editor of the Lancaster New Era from 1877 until 1913 had this to say about the Conestoga, “One of the most beautiful streams in the world flows quietly through the green meadows and along the sunny braes of Lancaster County for a distance of more than sixty miles in area, affording endless themes of beauty to the brush of the painter and the fancy of the poet.”

The Conestoga gets its name from a village of Susquehannock people that were living in the area in the 17th century. The name of their village was “Kanastoge” which means “place of the immersed pole”. The stream and the valley through which it flowed were called “Conestoga” by the English.  For most of it’s history since that time the Conestoga was known as the Conestoga Creek. I will cover the change of designation to “river” later on in this post.

The name “Conestoga” was made famous in many other ways, most notably the Conestoga Wagon that served as the primary haulers of freight before the invention of steamship. Also, in the 19th century, a cigar made from the tobacco of the valley was called the Conestoga (usually shortened to “stogie”).

The Conestoga River begins at the point where the West branch, flowing down from the great swamp in State Game lands of Brecknock Township, joins with the East branch flowing out of Elverson. There have been attempts to find the precise source of the river on the West Branch. Ad Crable, staff writer for Lancaster Newspapers, wrote an article about one such attempt. (If you have a subscription to LNP you can read it here.) I’m not convinced that they found the source, however. At least according to Google maps, the river goes much further than the point where they stopped. And most likely there are many springs that feed into the stream at that location.

In any case, for my purposes, the Conestoga starts where the two branches meet.

From that point the river flows a bit over sixty miles through rich farmland and around the city of Lancaster to the point where it empties into the Susquehanna River at Safe Harbor, the place once called “The Port of Lancaster”.

The principle named tributaries are (in order of flow):

The Conestoga was called Conestoga Creek through most of it’s history since the first English and German settlers came to the county. Judging by it’s size it hardly qualifies as a river especially when compared to the Susquehanna, Delaware, or Mississippi. So why is it called the Conestoga River?

In 1912,  Frank Diffenderffer wrote a plea for the Conestoga Creek to be designated as a river. Diffenderffer laments that in the Old World streams of less than half the Conestoga’s length and width are called rivers but here in the New World no stream less than a thousand miles long and a mile wide may by rightly called a river. Diffenderffer writes “they live on the banks of a little stream on which nothing larger than a toy canoe can float, and delight in calling it a river, and singing its praises in song, while we live our lives away on a larger and more beautiful stream,see its charms every day in the year, and content ourselves with speaking of it under the undignified name of a ‘creek.'” He goes on to point out that the word “creek” originally meant “a small inlet of the shore of the sea or of a river”. He goes on to describe several Old World rivers that are smaller than the Conestoga and makes the plea that we no longer refer to the Conestoga as a “creek”. He said the Conestoga, “… is a river in all that constitutes a river, just as truly as are some of the most noted streams of the world which have been called rivers for thousands of years.” In spite of Diffenderffer’s plea, the Conestoga was not officially designated a river until 1973.

Finally, I will leave you this piece from the Scottish poet, James D. Law:

“Not Turner’s noted crook of Lune,
Nor Byron’s wide and winding Rhine,
Nor Burns’ banks of Bonny Doon
Nor boasted Tweed, nor lauded Tyne,
Not Delaware nor Brandywine,
Nor Spey, nor Tay, nor Don nor Dee,
Nor Shakespeare’s Avon, still more
fine.
E’er seemed so beautiful to me—
As tranquil Conestoga!” – James D. Law