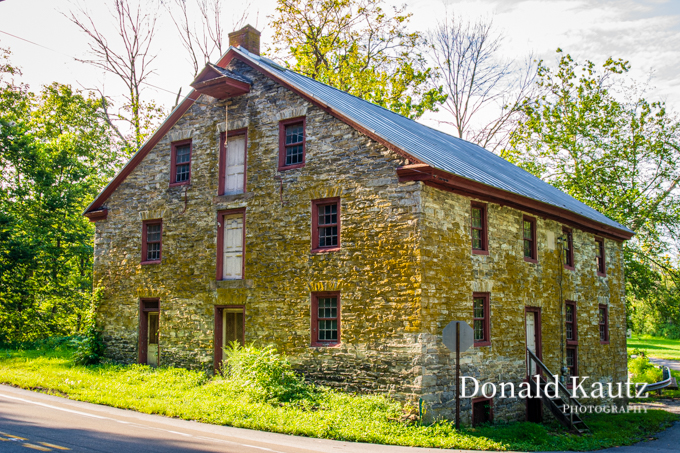 Welcome to another addition of Mill Monday! Every Monday morning, I feature a grist mill located in Lancaster County, Pennsylvania. Today, we travel back to Warwick Township to another mill on the Lititz Run called the Rothsville Mill, also known as Pfautz’s Mill.

The Rothsville Mill lies between Rothsville and Lititz where the Rothsville Road (Rt. 772) crosses the Lititz Run. It is a two and a half story limestone mill. The mill was powered by two turbines, fed from an eight and a half-foot dam on the Lititz Creek by way of a fifty-foot headrace. The water returned to the creek via a fifty-foot tailrace. The mill had a capacity of ten barrels of flour per day.

In 1790, Philip Roth built a tavern at an elevated point on the Newport Road. The village that grew up around the tavern was named “Rothsville”. About a mile down the road toward the Moravian village of Lititz, on the stream that was then called Carter’s Run, now Lititz Creek, was a hemp and oil mill operated by Jacob Geyer. Geyer had been operating his mill since at least 1772 on land owned by Johannes Pfautz. In 1793, Pfautz built the present 2.5-story stone grist mill.

The mill is located at 1299 Rothsville Road, Lititz, PA.