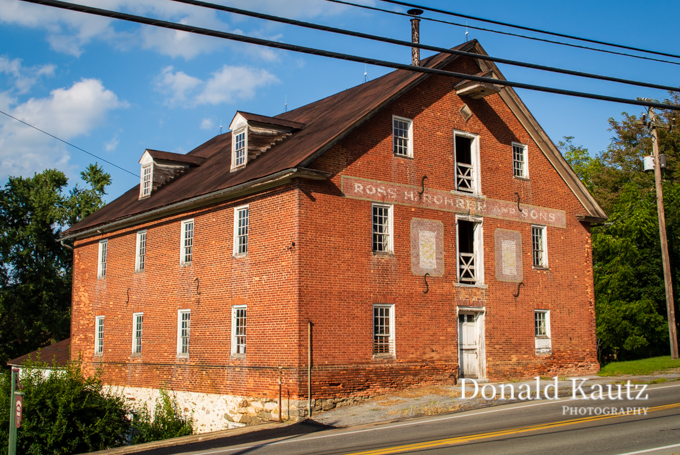 Shultz Mill at Camargo was erected in 1825 by Benjamin and Anne Breneman and was operated by him for until approximately 1840. It then became the property of his brother, Henry Breneman, who rented it to different parties for about 18 years. In 1858 Christian W. Shultz became the owner. The mill was owned in 1864 and 1875 by C. W. Shultz. The mill and adjacent property were sold at public sale in 1899 and the new owner was James Collins. In 1905 the mill was purchased by Henry Rohrer. Henry’s son, Ross H. Rohrer renovated and operated the mill. Ross was one of the first millers in the area to product whole wheat flour. Henry died in 1917 and the ownership went to Ross. Ross operated the mill with his two sons, Arthur and Henry. In 1944, the business was named “Ross H. Rohrer and Sons”. A farm supply store was opened adjacent to the mill in 1954. The mill ceased operations in the mid-1980s.

The mill is located at 447 Camargo Road, Quarryville, PA.