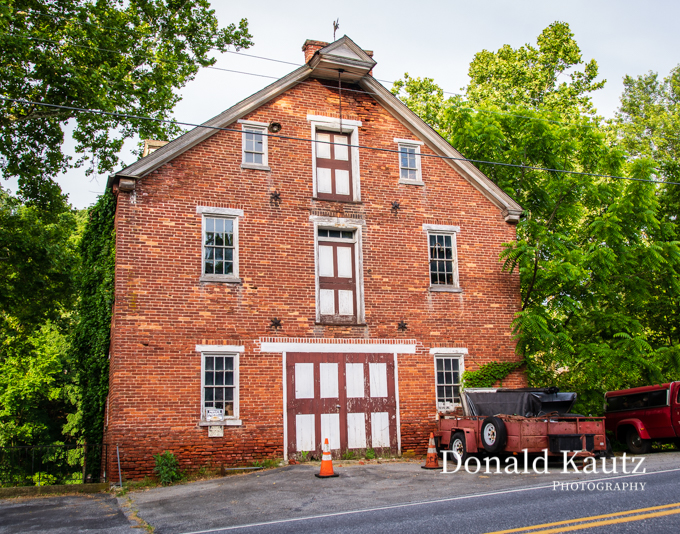 The first mill on this site was a fulling mill built by Abraham Zook in 1812. Joseph Zook had a carding mill in 1828 and it was purchased later by Andrew Schwartz. Sometime later it was Joseph Groff’s Mill. A covered bridge spanning the Conestoga was built in 1848 by Israel Groff. The bridge was 158 feet long, single-span bridge.

Soon after this, Benjamin W. Harnish built a new 2 story brick mill measuring 36 by 45 feet. Harnish also operated a foundry next to the mill. The Eden Foundry was one of the largest foundries in operation in its time. The mills operated under the name “Beecher and Harnish”.

Around 1899 ownership transferred to J. K. Umble. From that time forward, the mill was known as “Umble’s Mill”. The foundry was no longer operating by this time. Christ Umble was the owner in 1919 and operated the mill into the 1920s. The covered bridge was replaced by a concrete one in 1962. In 2022, the mill is in good condition and is being used as a garage.

The mill is located at 689 Millcross Road, Lancaster PA.