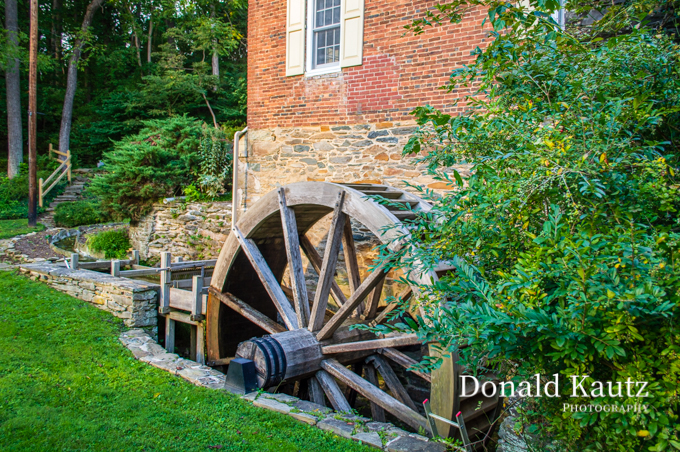 Kirk’s Mills was the name of a small village established by Timothy and Jacob Kirk in 1812 on the public road from New York and Philadelphia to Baltimore and Washington. It consisted of the mills, a store, post office, and a Quaker meeting house.

Timothy Kirk built the first mill, a clover mill, on the Raccoon Creek c1810. Timothy’s brother, Jacob Kirk, built another mill upstream of the first mill in 1815. The water source for the mill was the Raccoon Creek. The mill was powered by an overshot wheel and had a capacity of eight barrels per day. A 12-foot tailrace returned the water to the creek. Jacob became the owner of both mills in 1816. The mills and the village around them were known collectively as Kirk’s Mills. The lower mill was sold to William White in 1864 and was a Chopping and Sawmill. The lower mill was in ruins by 1883.

Ownership of the upper mill transferred to Jacob’s son, Levi Kirk in 1875. Levi died unexpectedly in 1893 and his brother, Lewis Kirk, assumed ownership. Lewis was the owner when he died in 1915. The mill closed in 1927. At the present time it has been converted into a home and is in very good condition.

The mill is located at 348 Kirk’s Mill Road, Nottingham, PA.