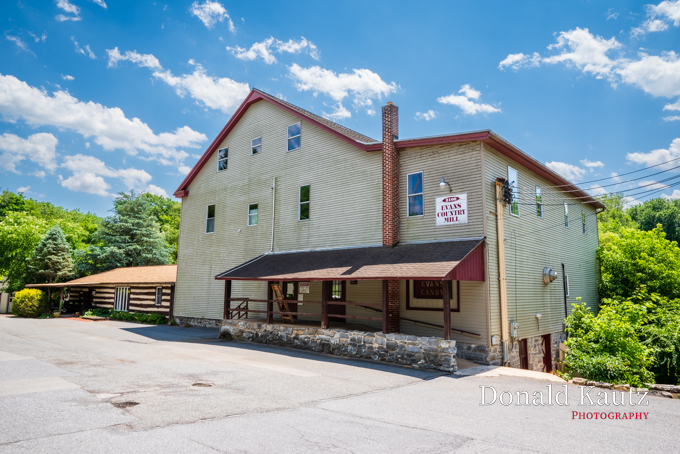 Next it became the property of Christian and Abraham Herr and in 1845, a two- and one-half story merchant and sawmill was offered for sale and in the same year there was a fire. Joseph and John Herr purchased the property in 1851 and rebuilt the mill. The mill changed hands again in 1877 when Adam Groff became the new owner.  It burned again in 1889 and the mill was sold to Samuel J. Pugh who again rebuilt the mill. It was known as Pugh’s mill for thirty years. One night in November of 1913, a team of robbers broke into the mill and opened the safe with explosives. Mr. Pugh and his son exchanged gunfire with the robbers as they made their escape across the bridge.

In 1919, a group of grocers operating as the Lancaster Milling Company bought the mill. For the next 60 years, the mill produced Daisy Flour. The mill was grinding flour under waterpower as late as 1965. The machinery was upgraded in 1971 and was no longer using waterpower by that time. The mill closed in 1980.

Abbas Inc. purchased the property in 1982 and wanted to convert the mill into apartments. The township supervisors rejected the request for residential zoning. The following year, Jay Evans bought the mill from Abbas, Inc. and was granted permission to convert the property into a candy making business.  The Evans Candy Company is still operating in the mill. The company website is https://www.evanscandy.com/.

The mill is located on Hollinger Road behind 2100 Willow Street Pike.