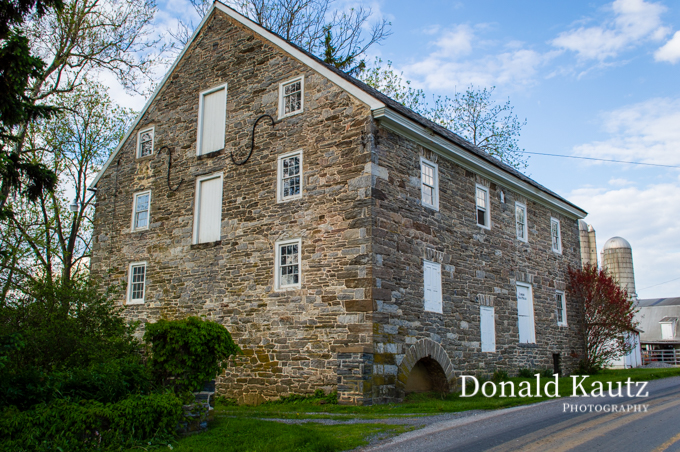 In 1748, Samuel Lefever requested a road to be built to his new mill near Strasburg. Samuel was the son of Isaac and Catherine (Feree) Lefevre who were among a group of French Huguenots who emigrated to Pennsylvania in 1712. Samuel ran the grist mill until his death in 1779. After Samuel’s death, the mill was sold to Jacob Eshleman. Jacob replaced the original mill with a new one in 1787. This is the mill that is standing today.

The mill operated as Jacob Eshleman & Son from 1793 to 1810, then it became David and Jacob Eshleman from 1811 to 1825. It was during this time that the mill became known as the London Vale Mill. The mill closed in 1939 but has remained in the Eshleman family. The mill is in good condition and used as a garage and for storage.

The mill is located at 62 London Vale Road, Gordonville, PA.