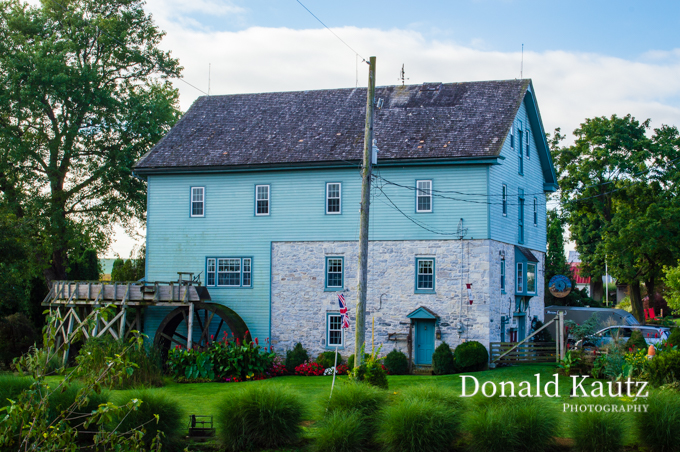 In 1741, George and Agnes MacKerel secured 120 acres south of the Pequea Creek from the sons of William Penn. In 1756, the property was purchased by Samuel Patterson who secure the water rights to the Pequea Creek and built the mill.  Patterson died two years later, and the property was offered for sale. Jacob and Elizabeth Ludwig (Ludwick) purchased the mill and surrounding property from Patterson’s estate in 1758.  The Patterson’s built the mill house mansion in 1766. Patterson operated the mill until 1783 when it was sold to his son-in-law, George Eckert.  Eckert expanded the business to include a sawmill and a forge and operated it as Springwell Forge until his death in 1807. The mill passed to his son, George Eckert Jr, who operated a grist and sawmill from 1807 to 1829. Next in line was George Lewis Eckert who owned the mill from 1829 to 1868.

Israel Rohrer purchased the mill in 1868 and rebuilt the mill again. Rohrer removed the overshot wheel and installed turbines. The mill was foreclosed in 1874 and offered for public sale. David Landis bought the property and transferred it to Martin Rohrer (probably a close relative of Israel). Martin Rohrer named the mill “Osceola” after the Creek Indian who joined with the Seminole tribe in Florida and led the resistance against removal from their land. Martin owned the mill until 1879 when it was sold to Moses Snavely. Moses, in turn, transferred ownership to Jesse C. Snavely in 1903. The mill was converted to electricity in 1917.

In 1982, Charles Shoemaker had plans to restore the mill and reopen it as a hobby milling business while generating electric power to sell back to the grid. However, the mill race, which hadn’t been used for 21 years crossed the properties of two neighboring farms. The easement for the race expired during that time and could not be renewed.

Currently the mill is in good condition and is being used as a home and studio. The nearby miller’s house operates as the Osceola Mill House Bed and Breakfast. (https://www.osceolamillhouse.com)

The mill is located at 315 Osceola Mill Road, Paradise, PA.