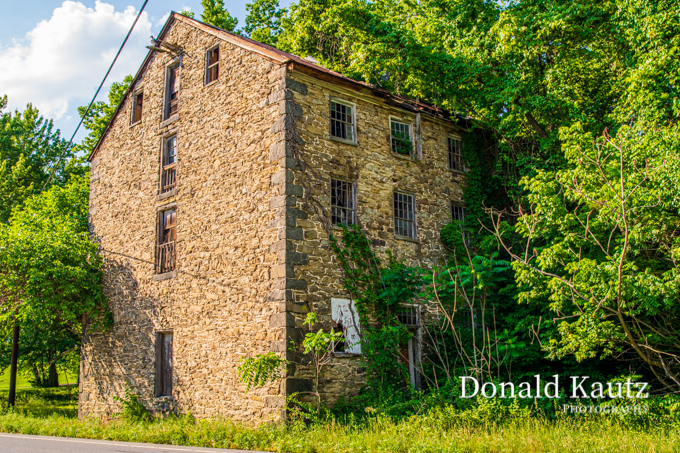 It was owned in 1849 by Isaac Kuhns, then Samuel Ebersole, and Abraham Collins in 1883. Abraham Collins was one of the wealthiest men in Lancaster County, owning over one thousand acres of land. Professor John Haldeman married the daughter of Abraham Collins.

J. M Biesecker was the owner in 1942 when the mill closed. J. M. Biesecker and his wife Lulu Biesecker offered the farm for public sale on January 25, 1947. The current owner is Joseph Schmidt who has owned the property since 1987. Currently it is vacant and in poor condition.

The mill is located at 2392 River Road, Bainbridge, PA.