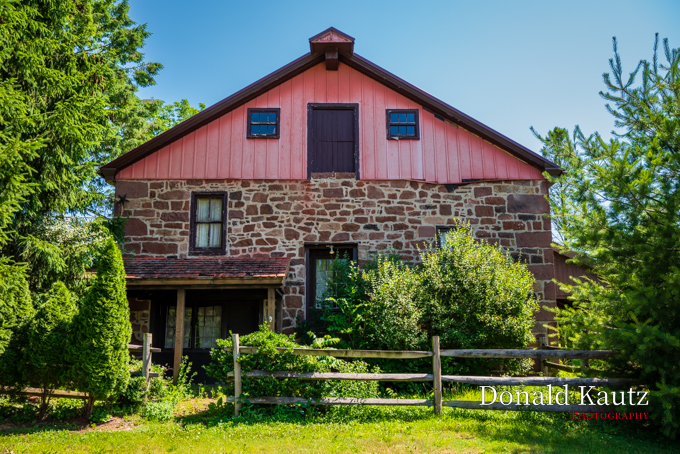 Samuel Harnish built a linseed oil mill on the Harnish Run in 1777. In 1820, Harnish sold the mill to Jacob Blank who turned over the property to Jacob Bechtel in 1822. Bechtel rebuilt the mill in 1840 as a grist mill. William Bechtel became the next owner in 1864. The mill was known as “Bechtel’s Mill” until 1889 when the mill was sold to Samuel Binkley.

Binkley rebuilt the mill and operated it for twelve years, Binkley’s son-in-law, Monroe Noll, assumed ownership in 1901. After Samuel Binkley died in 1910, Noll transferred the property to Michael Fisher of Blainsport. When Michael died in 1914, the property was divided. The farm went to Jacob Fisher, but the mill and three acres of land were sold back to Monroe Noll. Noll operated the mill until it closed in the early 1930s.

The mill had a 1,500-foot headrace that led to a pond. The water from the pond supplied the mill. The pond can still be seen along Peartown Road. A 300-foot tailrace returned the water to the creek.

The mill stood vacant for a while, then in 1992, Ned and Gwen Foltz purchased the property and renovated the mill into a home. Ned Foltz was a former art teacher and is a well-known artist and maker of pottery. The mill was featured in the November 1995 edition of Country Living Magazine. You can find Ned Foltz pottery on his website at https://foltzpottery.com/.  The Foltzes remain the owners of the old mill as of 2022.

The mill is located at 1700 Texter Mountain Road, Reinholds, PA.