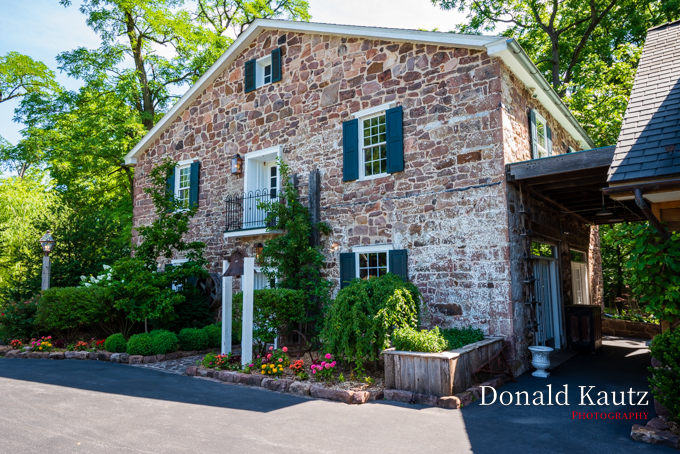 Michael Bear settled in Bucher Thal prior to 1735 and built a log cabin east of the current borough of Denver. Michael built a log mill on the Cocalico sometime between 1750 and 1760. He also built a log house next to the mill. A small settlement then formed around the mill. Michael Bear had three sons, Jacob, Michael, and Abraham. Michael Bear Sr. died in 1770. The mill and adjacent house were bequeathed to his son Jacob.

Jacob Keller became the new owner in 1783. Two years later, in 1785, Jacob built the stone house by the mill’s tailrace. The mill passed to Jacob’s son Samuel in 1789. The mill came back into the Bear family in 1807 when Henry Bear bought the mill from Keller. Henry tore down the old mill and built a new, larger mill of stone. He also rebuilt the dam. Unfortunately, Henry ended up going bankrupt while pursuing lawsuits against his mason who allegedly considered windows as so much solid wall in his bill. Henry died in 1837.

The next owner was Samuel H. Gring. Mr. Gring made more improvements to the mill and added a steam engine to augment the waterpower. The mill was destroyed by fire in 1850 but was rebuilt. Gring added a tannery in 1860.

The Reading and Columbia Railroad was built in the Civil War era to connect the City of Reading with the Susquehanna and Tidewater Canal. The first trains ran in 1863. The railroad passed through Bucher Thal and a station was built less than a half mile from Gring’s mill. (See https://www.abandonedrails.com/reading-and-columbia-railroad ). The station was named “Union Station” and the village around it assumed that name. Samuel Gring listed the mill for sale in 1871 and again in 1876. The listing in the October 25, 1876 edition of the Lancaster Examiner stated as follows:

Sale of Merchant and Grist Mill, Tannery, Farm, and woodland Saturday, November 11, 1876. Sold by Samuel H. Gring and wife on tract situated at Union Station on the R. & C. R. R. in East Cocalico Township. 3-story stone grist and merchant mill, 40×55 feet with 6 feet of head, 2 burrs, one chopper, tannery attached. A twenty-horsepower engine in addition to the waterpower to drive the machinery.

Ownership of the mill then went back to the Kellers. James Keller followed by Christian Keller in 1883. Christian Keller was a prominent businessman in Union Station who owned several properties in the area. When Christian retired, the mill passed to his son-in-law, Ernest R. Stark. Christian Keller’s died in 1889. Ernest Stark was still the owner in 1899 according to the atlas. In 1910, Eliza Stark sold the mill at public auction to Harvey Shimp. Harvey Shimp was a well-known millwright at the time. Shimp operated the mill for a few more years until he again put the property on the auction block in 1921. The property was purchased by Joseph W. Mohn, who in turn sold it to The Klein Brothers Chocolate Company of Elizabethtown. The Kleins intended to open another milk chocolate business in the vicinity of the mill property. This venture failed, however, and the mill fell into disuse after 1924.

The mill is located at 50 Weaver Road, Denver, PA.