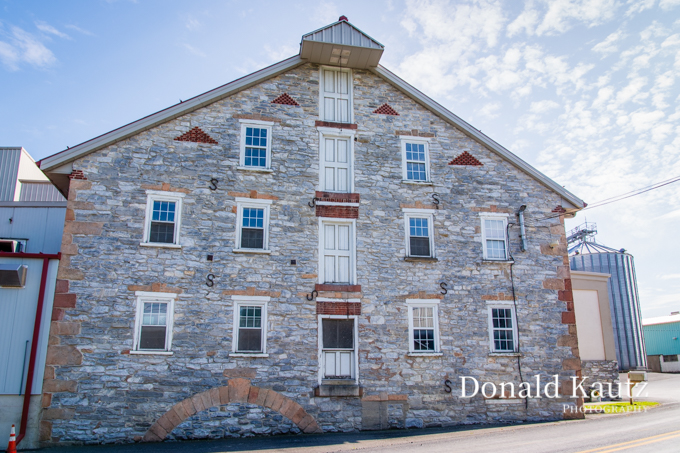 In 1875 the mill was purchased by John Snavely. in 1890 John passed the mill to his son, David H. Snavely. David Snavely installed two water turbines. In 1906, Ben Snavely became the owner. Ben installed a diesel engine to provide power in times of low water. In 1941, Ben’s son Lincoln (Miles) took the helm. Lincoln expanded the business adding grain bins. The mill was destroyed by fire again in 1985 and was rebuilt by Miles’ son Gerald Snavely. In 2021, the mill is powered by electricity and is in business as Snavely’s Mill Inc. The building is in very good condition. The current capacity is more than 19,000 hundredweight of flour per day.

The mill is located at 333 Snavely Mill Road, Lititz, PA.