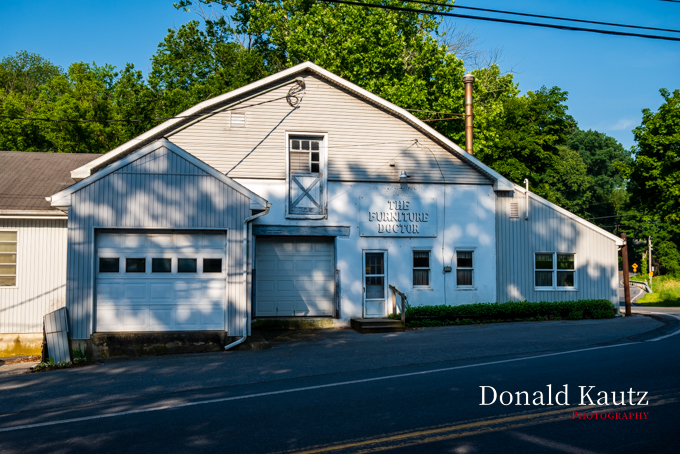 Henry Connelly became the owner in 1857, Moses Light from 1860 until 1868. John Graybill was the next to own the mill. Jeremiah (Jere) H. and Lizzie Whitmyer purchased the property in 1894. Morris S. Hollinger became the next owner. Mr. Hollinger planned to remove the dam and drain the lake in the spring of 1916. However, Joseph S. Connelly, the grandson of Henry Connelly, and Nathan Ruhl purchased the water rights of the White Oak dam to prevent its removal.

In 1923, Joseph Connelly bought the coal, lumberyards, and sawmill from Morris Hollinger. In 1925, the flour mill was destroyed by a fire which started from the steam engine in the adjacent sawmill. Connelly replaced it with a cement block building in 1929. William H. Greenley built another feed mill across the road in 1925. Connelly operated the sawmill and Greenley operated the feed mill until Connelly’s death in 1941. The White Oak Mills lumberyard was offered for sale on March 3, 1941.

The White Oak Mill property was purchased from the Connelly estate by Harold C. Maybe and his wife on August 2, 1941. William Greenley took over operations of the flour mill after his mill burned down in 1945.

In 1969 the mill was still in operation but by 1995 the building was remodeled was being used for manufacturing wood products.

This mill is located at 1991 Newport Road, Manheim, PA.