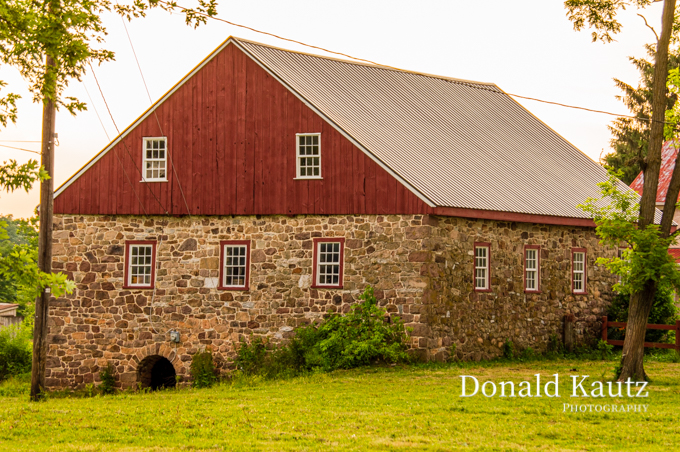 Welcome to another edition of Mill Monday! Every Monday morning, I feature a grist mill located in Lancaster County, Pennsylvania. This week features Weaver’s Mill, a two and a half-story stone and frame mill located in East Earl township. The water source for the mill was the Cedar Run. The mill is located near to where the Cedar Run joins the Conestoga River. The mill appears as an unassuming structure on a typical Lancaster County farm. But the building played an important part of American history just prior, during, and after the American Civil War.

A Welshman named Thomas Edwards moved into the upper Conestoga Valley in 1719 along with a small band of wealthy English-Welsh settlers. Edwards purchased a patent for 1,300 acres of land in the area that would later become Earl Township. Edwards had a keen eye for waterpower and picked out several sites that would be good places to build a mill, but he never developed any of the sites. One of those sites was on the Conestoga at Spring Grove where Thomas’ son John Edwards built the Spring Grove Forge. In 1813, Mathias Shirk purchased the rights to build a dam at another one of those sites near where the Cedar Run joins the Conestoga River. Shirk built the mill to be used as a woolen mill. Unfortunately, the mill was destroyed by fire after only about a year of service. Shirk rebuilt the mill and it was sold to a Swiss-German named Christian Weaver sometime before 1824. Christian Weaver also owned the Conestoga Roller Mill (as it was later called) about a half mile down the Conestoga from Cedar Run where the road to Reading crossed the Conestoga Creek.

Although the early settlers in the area purchased large farms, over time the farms were subdivided when their children became adults. Then the farms were subdivided again when the next generation was ready to strike out on their own. But during the 1820s and 30s, it became apparent that the farms could not be further divided, and families began to emigrate west to Western Pennsylvania and Ohio where land was more readily available. When families wanted to move their household goods across the frontier, they needed good wagons. Gideon Weaver recognized this need and, in 1834, converted the Weaver mill into a wheelwright shop. Weaver manufactured Conestoga Wagons in his shop for a period of fifty-eight years. Weaver’s wagons were noted for their durability and were allegedly some of the last Conestoga Wagons to be built. According to his obituary, he built “scores of Conestoga Wagons” in his shop. Gideon Weaver died in January of 1892 at the age of 77.

This mill is located along Turkey Farm Road, just east of the Reading Road (Route 625) in East Earl, PA.