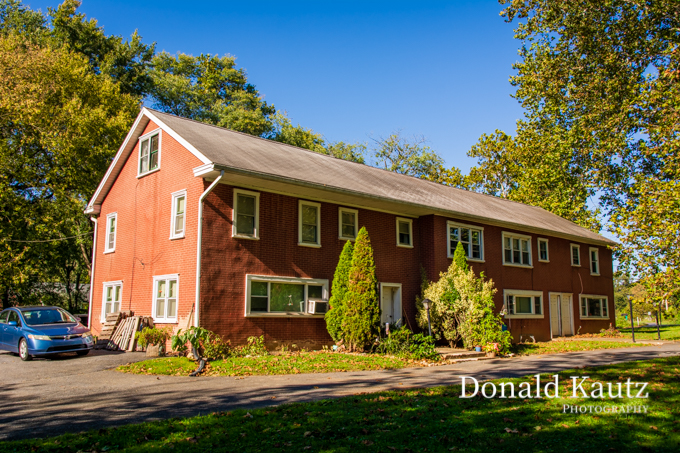 Welcome the fifteenth edition of Mill Monday! Every Monday morning, I feature a grist mill located in Lancaster County, Pennsylvania. Last week I introduced two mills on the Pequea Creek in Pequea Township. This is the second part of that series. (The photograph attached to this post is the Burnt Mill.)

Last week, I introduced the Burnt Mill which was built in 1813, burned down in 1871 and was replaced by a smaller mill. That mill burned again prior to 1906 when Abram Hess bought the property from John Baumgardner, rebuilt the mill, and raised the height of its dam. I am calling this the “lower mill” because it was downstream of Baumgardner’s other mill.

The upper mill was built in 1853 after the previous mill was destroyed by fire. John Baumgardner sold the upper mill to Jacob Herr who, in turn, sold it to Henry Hess. Hess and Edwin Diffenbaugh traded farms in 1911, giving Diffenbaugh ownership of the farm that included the mill.

Edwin Diffenbaugh, soon complained that the water from Hess’ new dam backed up into his wheel and reduced the capacity of his mill. Hess claimed that his dam was several inches lower than the tailrace on Diffenbaugh’s mill and could not back water into the upper mill. He suggested that any water backflow was caused by debris in the creek. According to one account, Diffenbaugh responded by stopping all water flowing out his mill pond, thereby depriving the lower mill of water. After a while, he opened his flood gates sending a rush of water downstream, flooding the lower mill. Then, one night in the fall of 1912, someone dynamited the dam at the lower mill. The dam was damaged but not destroyed. Naturally, the Hess’s suspected Diffenbaugh. They repaired the dam and then Abram Hess’ son, George, and his friend Andrew Clark began keeping a watch on the dam.

In the fall of 1913, before any of the lawsuits could be tried, disaster struck in the upper mill. Merrill Diffenbaugh, who had been away for the evening, returned about midnight and heard the machinery running at the mill. Upon investigation, he found his father lying unconscious in a pool of blood. It appeared that his clothing had gotten caught in the machinery and he was whirled around the shaft causing severe head injuries. Edwin never regained consciousness and died of his injuries a short time later. Merrill was convinced that his father’s death was not an accident, but no foul play was ever proven.

Now things are going to get a little more confusing, so read carefully. The executor of Edwin Diffenbaugh’s estate was none other than Henry Hess. That’s how it was that Henry Hess represented Edwin Diffenbaugh in the suits against his neighbor, Abram Hess. The lawsuit for recovery of damages was tried on November 26, 1913. Abram Hess defended himself as before, stating that his dam could not be the cause of the loss of waterpower at the Diffenbaugh mill. The court, however, ruled in Henry Hess’ favor, awarding Diffenbaugh’s estate $500 for damages. The charges of assault on both sides were dropped. Henry Hess sued again in January of 1915 alleging that little had been done to remedy the situation. But this time his suit was unsuccessful.

But who dynamited the dam back in 1912? In September of 1919, Abram Hess charged Merrill Diffenbaugh, David M. Gerlach and a third man with conspiring to blow up the dam. Hess testified that, in 1915, Diffenbaugh admitted that he was paid to destroy the dam and that Gerlach admitted to purchasing ten sticks of dynamite from Reilly Brothers and Raub. Hess’ council had managed to get a signed statement to that effect from Gerlach in 1915. But in the 1919 trial, Gerlach denied the charge, claiming he was not responsible for attempting to destroy the dam. When asked about the signed statement, Gerlach said the statement was dictated to him and he signed it believing that doing so would clear himself of the matter, but the statement was not true. Diffenbaugh also denied that he had any complicity in or knowledge of the attempt to destroy Hess’ dam. He also testified that on April 1, 1916, Abram Hess offered him $300 if he would swear that Gerlach’s statement was true. He refused to do so.

The jury awarded Abram Hess $11 in damages but required the defendants to pay the court costs which amounted to approximately $1000. Who dynamited the dam? Did Edwin Diffenbaugh pay someone to do it? Or was it a false flag operation instigated by Abram Hess to aid in his lawsuit? The truth is lost in the fog of history.

When all was said and done, Abram Hess bought the upper mill from Henry Hess in 1916. Abram died in 1920 and his son, George, offered both mills for sale on October 15, 1920. Merrill Diffenbaugh went on to become the miller at Sickman’s Mill.