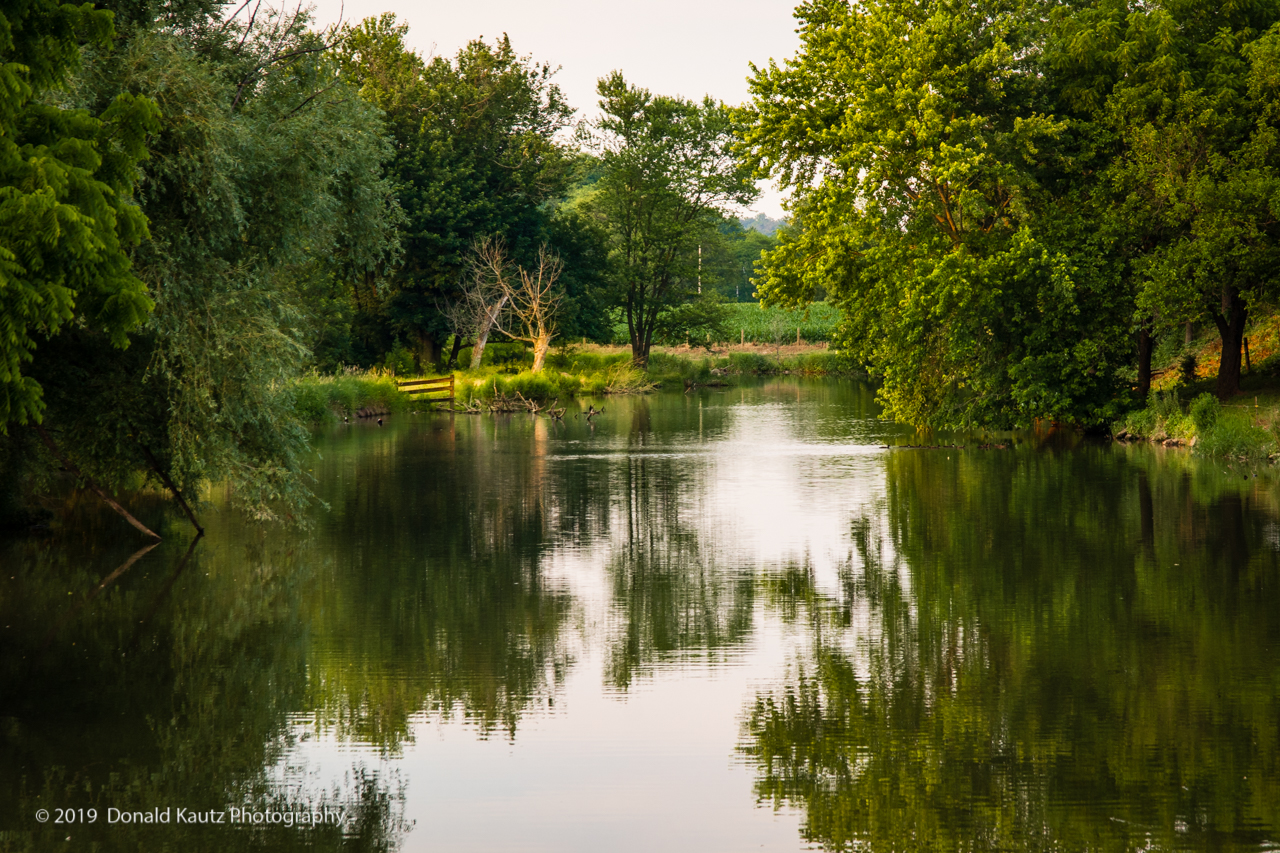 Is the Conestoga a creek or a river? People who grew up along its banks and fished or swam in its waters often prefer to call it the Conestoga Creek. Or, as it is pronounced in the vernacular, “crick”. The signs along the major highways that cross the Conestoga label it the “Conestoga River”. And now the Pennsylvania Organization for Watersheds and Rivers (POWR) has nominated the Conestoga for “River of the Year, 2023”. So, which is it? A creek or a river?

In 1824, Captain Ephraim Beach surveyed the Conestoga from Lancaster to Safe Harbor for the purpose of making the Conestoga Navigable. Beach produced a map indicating the plans for a system of locks and canals that would enable canal boats to make the trip from Lancaster to the Susquehanna. The legend on the map calls it the “Conestogo River”.

The spelling of the name changed over time. The earliest references have “Conestogoe”. Later it was shortened to “Conestogo”. There is a Conestogo River in Waterloo, Ontario, that was named by Mennonite settlers who moved to Canada from the Lancaster area in the early 1800s. Apparently, they brought with them the spelling that was in use at that time. Eventually, the spelling changed to match the local pronunciation, “Conestoga”.

Pennsylvania is one of the best-watered states on the American continent. There are, perhaps, a thousand streams within her borders which, in any European country, would be called rivers, while not even a baker’s dozen of them are spoken of as rivers here at home.

I shall not make my appeal to sentiment only, but to what the verdict of the past 5000 years has been. I shall show you that some of the greatest events of all time have occurred on the banks of streams no larger, nor as large as the Conestoga, and that their names have come down to us in song and story, linked with the heroic deeds of the ages.

The number of its affluents, large and small, is from two to four hundred. To ask us to call such a stream a creek, is a proposition that offends human intelligence.

One of the most beautiful streams in the world flows quietly through the green meadows and along the sunny braes of Lancaster County for a distance of more than sixty miles, draining a territory 315 square miles in area, affording endless themes of beauty to the brush of the painter and the fancy of the poet.

It is the Conestoga “Creek” to most of our people “and it is nothing more”; yet it is a river, just as truly as are some of the most noted streams of the world which have been called rivers for thousands of years.

Our Conestoga has borne its present misnomer long enough. Let no member of this Society ever again speak or write about it as a “creek.” Call it what it really is, and what it deserves to be called—The CONESTOGA RIVER.

Earl F. Rebman, founder of the Conestoga Valley Association, fought for 28 years to fulfill Diffenderfer’s plea to have the Conestoga officially designated as a river. Finally, in April of 1974, Rebman’s dream was fulfilled when the United States Board of Geographic Names in Washington, D.C. approved the name “Conestoga River” for federal use. The main branch of the Conestoga including the East and West branches at its source were included in the approval. The Little Conestoga, however, remains a creek. (See the Lancaster New Era, April 24, 1974)

Whatever you like to call the Conestoga, whether you call it a river, or prefer to call it a “crick”, you can still vote for the Conestoga for River of the Year. There are grants that come with the designation that will aid the Conestoga River Club with their work in making the Conestoga accessible for paddling, fishing, and, as the water quality improves, even swimming. Here is the link, vote today!