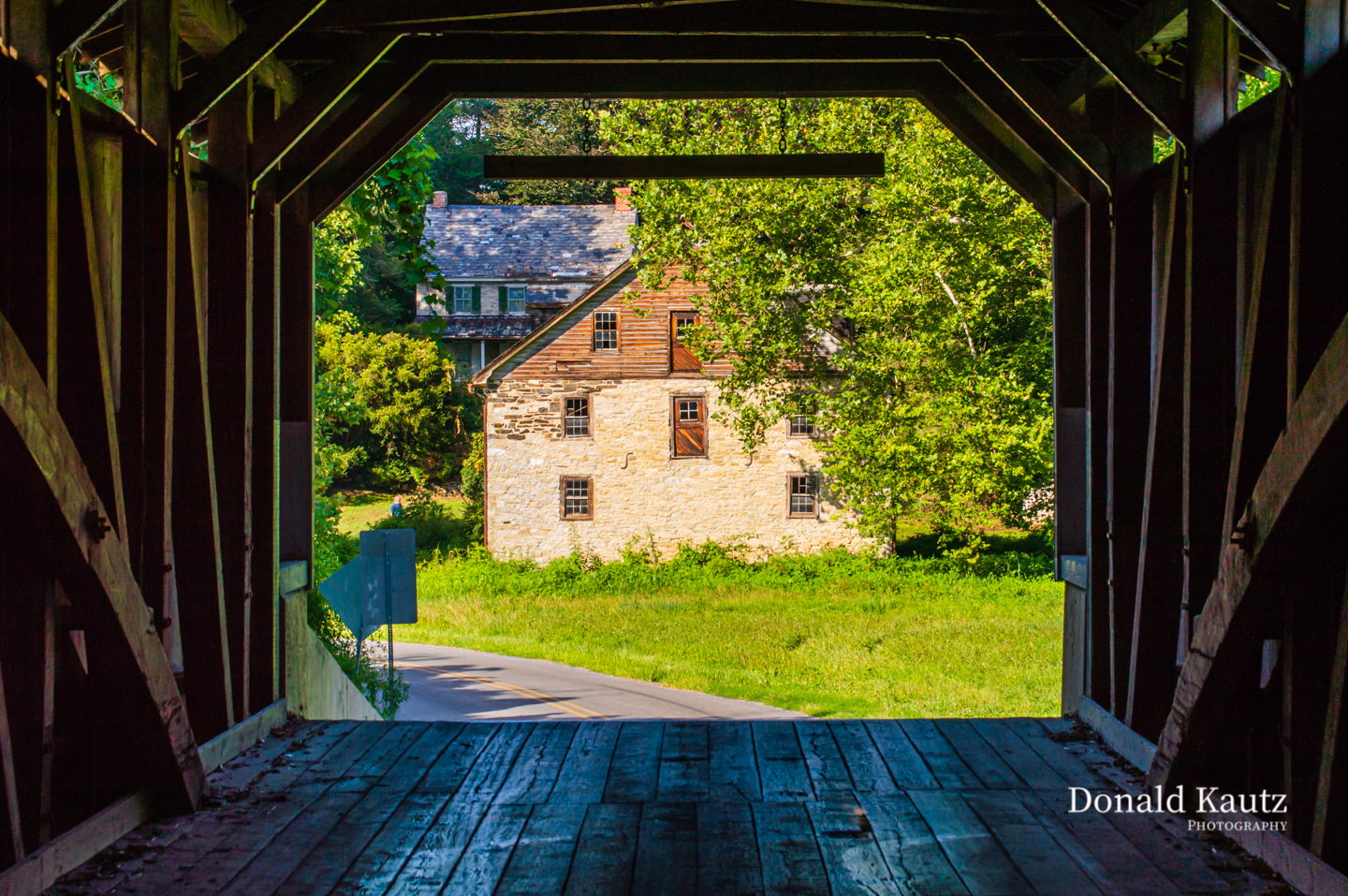 Welcome the fourteenth edition of Mill Monday! Every Monday morning, I feature a grist mill located in Lancaster County, Pennsylvania. This week I am highlighting two mills whose stories are intertwined. They are both situated on the Pequea Creek in Pequea Township. The two mills are Baumgardner’s Mill and the Burnt Mill. This is the first part of a two-part series. I will introduce the mills in today’s post and will finish the story next week. (The photograph attached to this post is Baumgardner’s Mill.)

The first mill at the Burnt Mill site was built c1737. It went through several owners and became the property of David Harnish in 1810. The mill was purchased by Isaac Heiney in 1813. Heiney build a new brick mill on the site. Mr. Heiney must have been a man of means because at the same time he was also building a mill on the Conestoga that would later become known as the Wabank Mill. The mill on the Pequea was made of brick and was three stories high, had four runs of stones and an attached sawmill. The mill was sold to John Keeports in 1828 and then, in 1842 it was bought by Joseph Good. The mill was at that time called “Good’s Mill”. In 1850, it was being run by John and Jacob Good who owned the mill until 1860 when ownership transferred to Jacob B. Good. The mill burned down in 1871. After it burned, the three- and one-half story mill was reduced to a one- and one-half story mill. The mill was afterwards referred to as the “Burnt Mill”.

The first mill at Baumgardner’s was a log mill built in 1774 by Jacob Smith. Smith replaced the log mill with a three-story stone mill in 1806. In 1836, the mill was sold to Abraham Mylin who enlarged the mill to a three- and one-half story stone and frame mill and added a second waterwheel. That mill was destroyed by fire in 1853. Mylin rebuilt the mill and sold it to Benjamin Harnish in 1857. Harnish, in turn, sold it to John Good in 1868. For sake of simplicity, I will refer to this mill as the “upper” mill previous one as the “lower” mill.

In 1870, John Good sold the upper mill to Thomas Baumgardner. Baumgardner replaced the undershot wheel with two turbines. The mill now boasted four runs of French Burrs and could process fifty barrels of flour per day. Samuel Young was the miller at Baumgardner’s from 1872 until his death in 1892. In 1875, Baumgardner purchased the lower mill from Jacob Good. In 1899, ownership of both mills transferred to John H. Baumgardner.

The lower mill burned down again about the turn of the century. Baumgardner decided to sell out. Edwin Diffenbaugh became the new owner of the upper mill and Abram H. Hess bought the destroyed lower mill in 1906. Hess built a new mill and dam. Then he added planks to the top of his dam raising it to a height where the water backed up to the wheel of the upper mill. Diffenbaugh claimed that his capacity was reduced to a half or a third of its former level. Hess claimed that the backflow wasn’t caused by his dam but was caused by debris in the creek.

This set the stage for the great feud on the Pequea. Dynamite, gun battles, and perhaps murder! Tune in next week for the conclusion of this story.